21 May Hippolytus – The Stage Reviews 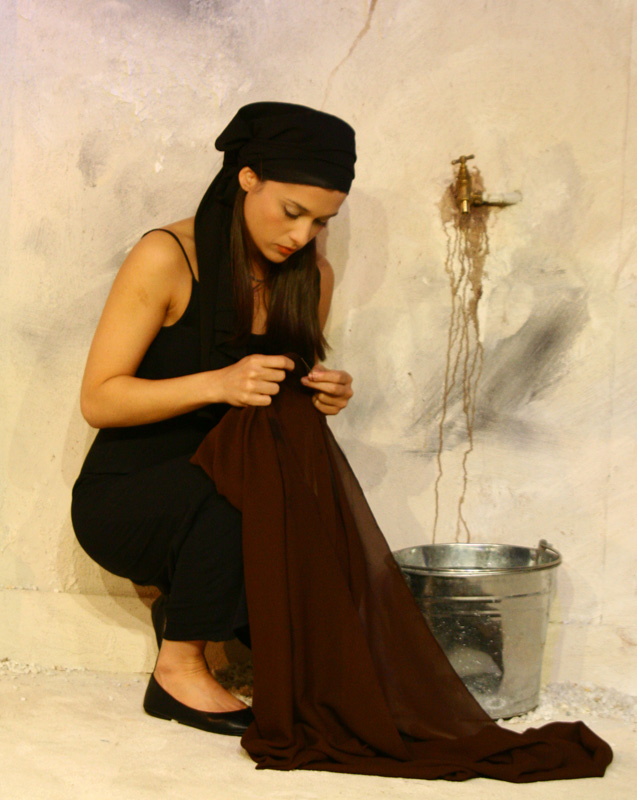 One thing that has not changed in the two millennia since Euripides wrote his Greek tragedies is the destructive power of passion.

Then the havoc it wrought took the form of appalling curses and extreme revenge that still have emotional truth, even if to a modern audience their devastating cruelty verges on the ridiculous.

David Crook’s new translation of Hippolytus acknowledges implicitly the element of the absurd as it mixes incongruously everyday language and high-flown rhetoric.

Under Andy Brunskill’s direction, it also manages to be as engaging and immediate as if we still believed the wrath of Poseidon could be invoked.

An all-round strong cast is led by Natasha Alderslade as Phaedra. Tall, elegant and regal, she is too noble to be lusting after her stepson Hippolytus – and that’s the point, she is just Aphrodite’s victim.

With Ambrosial curls and rippling muscles, Hippolytus (Nick Lawson) is a worthy object, whose physical contrast to her husband Theseus (Mike Aherne) could hardly be greater.

Theseus is old and grey and that in turn serves to heighten the pathos when he realises he has been tragically duped.

Following a final divine intervention from the benign Artemis (Daphne Alexander), however, Euripides ending yields some emotional redemption – a foretaste of Shakespeare’s tragedies and human, rather than godly responsibility.